Patron Ludwig Alexander Schmidtsdorff made great sacrifices to have the present church built on the old foundation in 1854. The brick-built church is a hall building with double Classicist galleries supported on columns.

The pulpit altar with a Renaissance pulpit still dates from the predecessor building and in 1799 was donated by the first bourgeois church patron Johann Friedrich Schmidt and his wife Christiane. The baptism font dates back to 1679, two baroque tin chandeliers with coats of arms date back to 1749, and a third dates from 1763.

Another remarkable object in the church is the ciborium, today used as a Holy Communion vessel, which was brought by war plundering from Lower Austria to Grano some 350 years ago. The eight-register organ was built in 1861 by organ-builder Gast from Fürstenberg/Oder. The façade is late-Biedermeier. The organ is very susceptible to breakdown and no longer meets today’s requirements.

Since 1977, Grano Church has been under monument protection. The wooden church tower is the oldest monument in Grano. Its construction dates it back to the 17th century. Its spire has beautiful shingle oak cladding.

Open church: Open from June to September from 8 a.m. to 6 p.m.
Please obtain a key from the Schulz/Vogel family, Hauptstrasse 4 in Grano 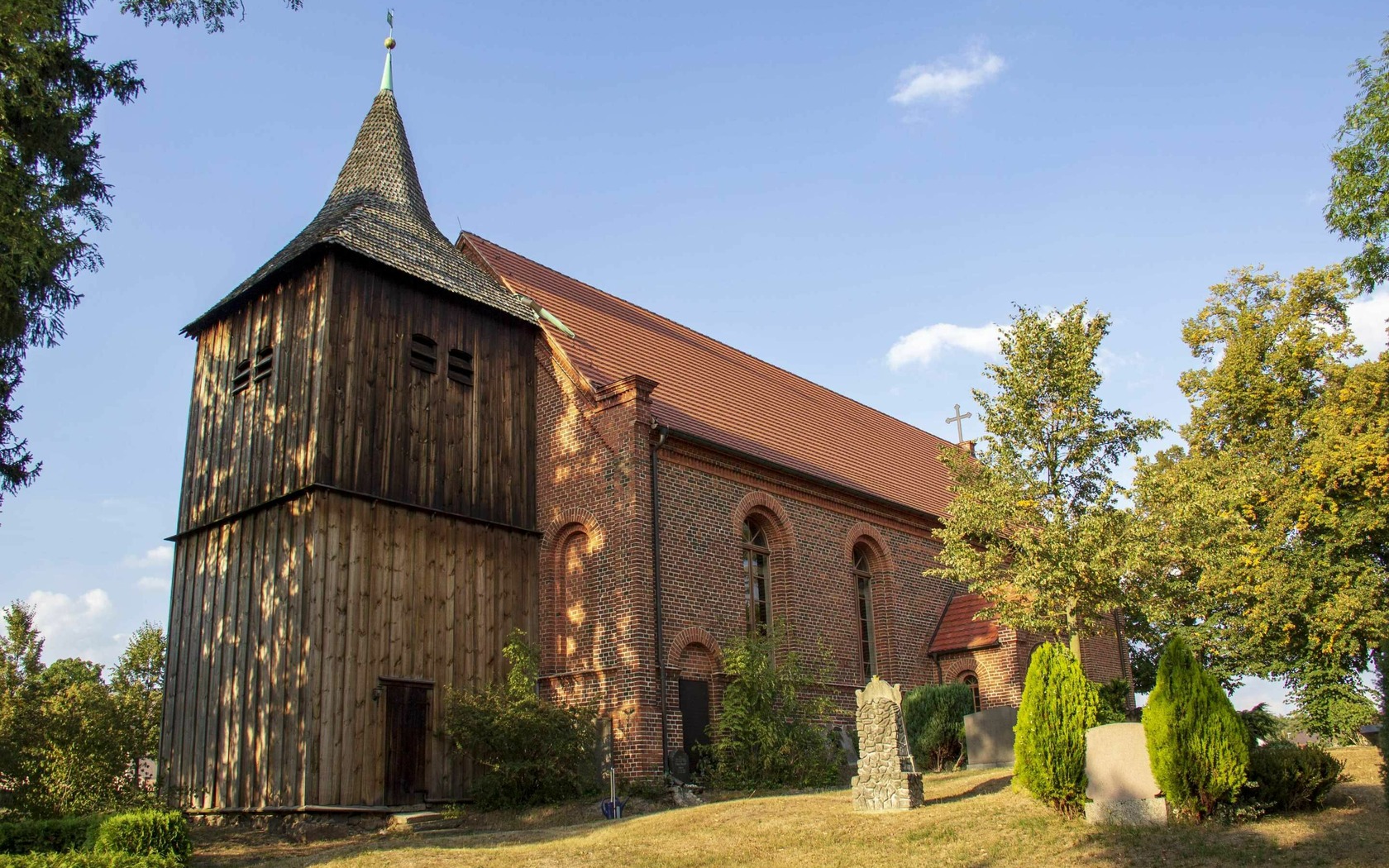